On the 15th of July, Centro Internazionale per l’Infanzia e la Famiglia (CIFA) live-streamed the final conference on the project “100% Plastic - Development of the collection and recycling of plastic waste industry in Awassa”, with an overall value of 1 Million and 300 thousand Euro, 75% co-financed by AICS.

Italian and Ethiopian institutions involved, non-profit and for-profit partners, and national and international players in the plastic production and recycling sector took part in the conference to tell the history of the project and give back the results to the general public.

Following the narration of the project by CIFA, AICS, and the partners, in the second part of the morning, the focus shifted to the plastic production and recycling sector at the centre of the last years’ political and environmental debate. The speakers discussed the circular economy, and in particular of the sector in the developing economies such as Ethiopia.

100% Plastic, started in April 2017 and now in conclusion at the end of July 2020, has been among the pioneers at the very beginning of the new Italian Agency for Development Cooperation (AICS) to successfully unite the non-profit and the for-profit sectors, promoting the safeguard of the environment and at the same time creating social and economic value. With the general objective of protecting the environment in Ethiopia starting the recycling process in the city of Awassa improving therefore the urban waste management, the project has actually also planned and had results beyond the pure environmental aspect.

Silvia Vanzetto, environmental engineer and project manager for CIFA, narrated the steps from the idea to the implementation. Starting from the context analysis and the problems affecting the touristic city of Awassa, previously located in SNNP region and now in the new Sidama region, she described the four expected results to picture the complexity and ambitions of the project: 1) to create the recycling process, 2) to improve the professional skills of the plastic collectors in the city, 3) to sensitize the community on environmental problems and on the bad solid waste management, and lastly 4) to create a medium-term plan for the development and the waste management, together with the city administration.

The project valued particularly the youth and its role in each of the activities to achieve these results. Activities that, here grouped by expected results, included:

In addition to the 28 million PET bottles collected and the 836 tons sent for recycling for an economic value of 180,000 Euro recovered from plastic waste that otherwise would have polluted the environment or be piled up in dumpsites, the project created new income opportunities for 262 collectors, 52 workers in the collection centre and a secondary income for other 485 people and informal collectors. Moreover, 100% Plastic sensitized 33,000 students and more than 19,000 people during more than 50 public environmental events.

As the AICS’ Technical officer at Office VII and responsible for CSOs’ projects, Denise Piva underlined, the synergy between the non-profit and the for-profit sectors indeed guaranteed the sustainability and the success of the project. On one hand, the for-profit sector drives and provides professional skills, while on the other hand, the non-profit sector knows better the local context and its needs facilitating the collaborations among the different stakeholders. As mentioned before, 100% Plastic has been one of the first examples of the ambitions’ implementation of the Italian Law n.125/2014 – General discipline of international cooperation for development where the private sector appeared as a cooperation actor for the first time, now a mandatory role in order to reach the Agenda 2030’s SDGs.

A project where such diverse actors work together is a project where everybody wins, and for this reason in the Country Framework 2017-2019, AICS - Addis Abeba Office treasured its methodology to reuse it for the direct project definition of other programs for the environmental protection in Ethiopia, such as the riverside development project in Addis Abeba and a similar intervention at Wonchi’s lake.

To watch the full conference with the speeches of:

you can find the video recording here. The conference was facilitated by Marco Pastori, Projects’ and Fundraising Responsible at CIFA. 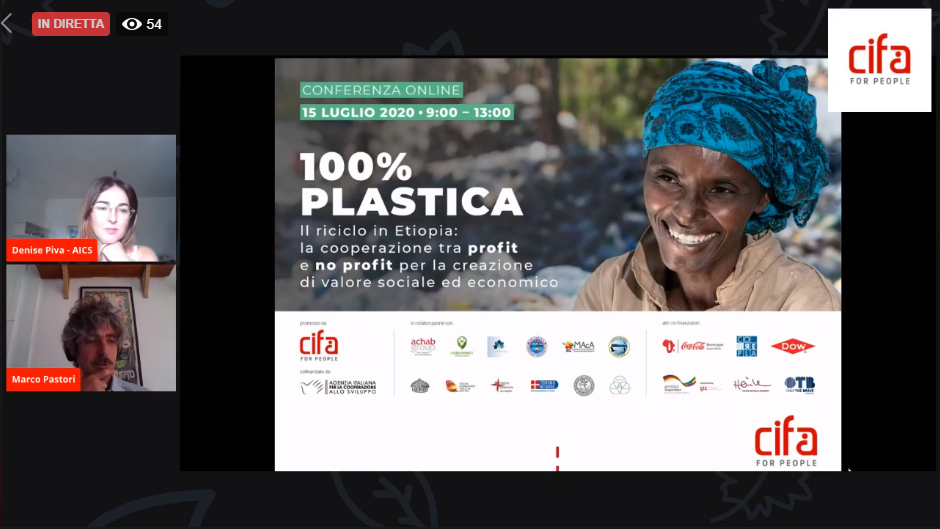 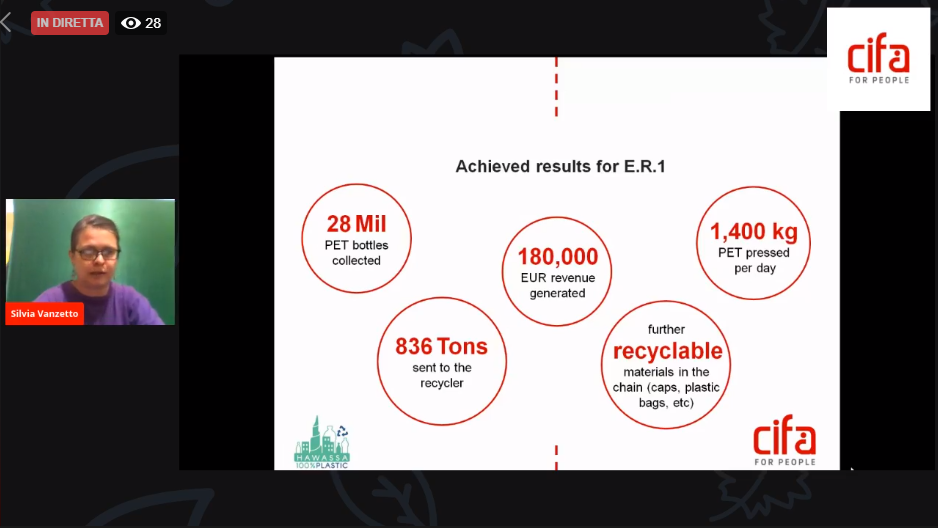 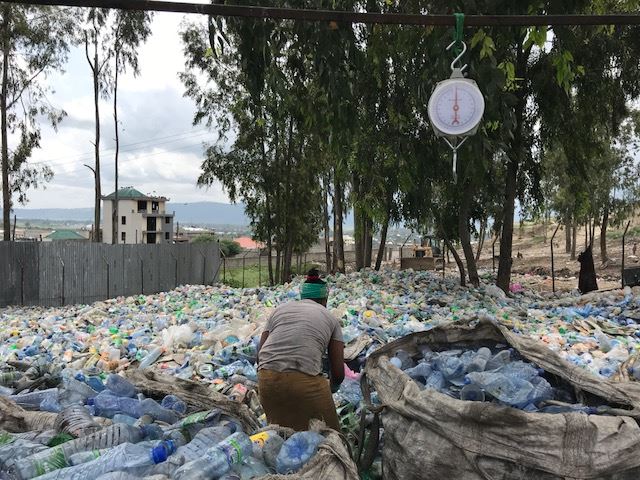 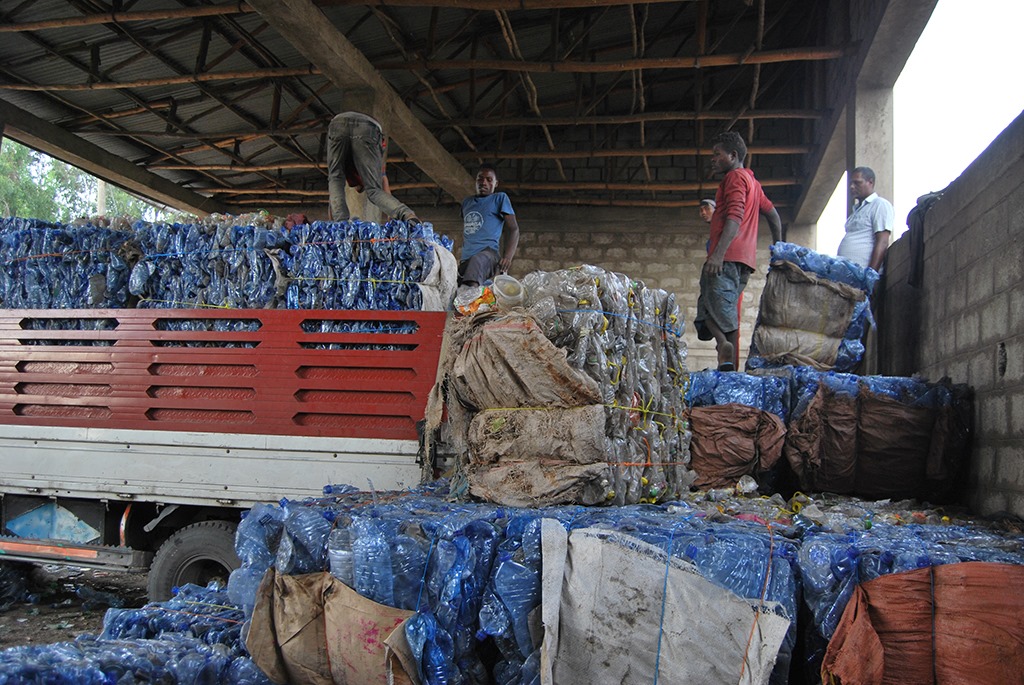 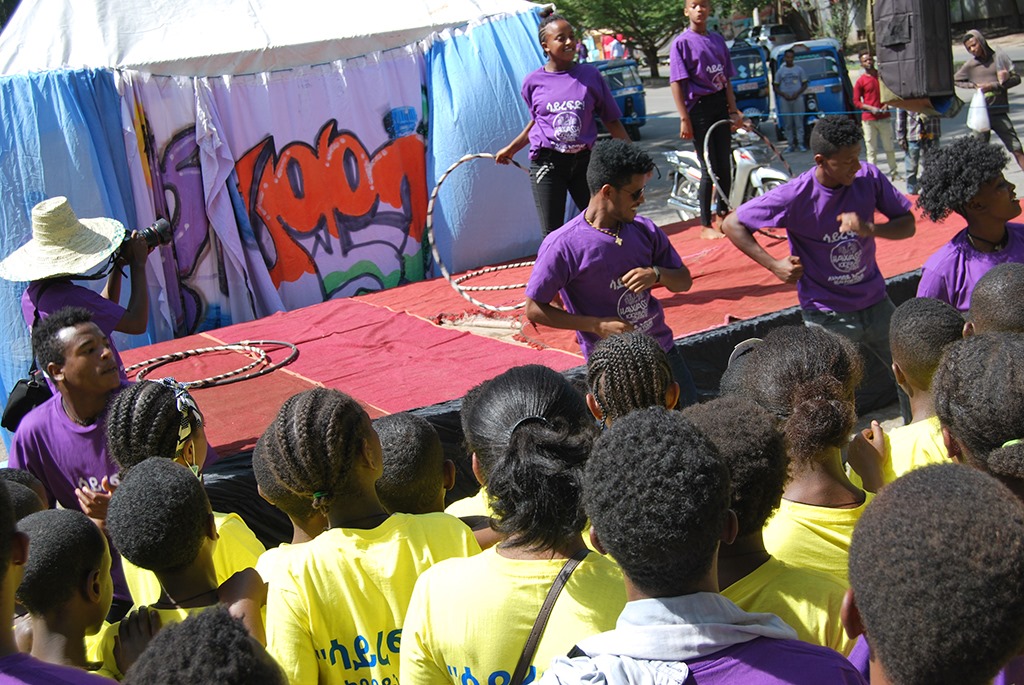