The initiative “Project for the enhancement of Moringa in the rural communities of Ethiopia“, implemented by UNIDO, was created to contribute to the fight against malnutrition and for the socio-economic empowerment of women in the rural areas of the Region of Nations, Nationalities and Peoples of the South in Ethiopia.

In Ethiopia, the links between agriculture, agro-industrial development, and the active participation of women have significant implications in the fight against malnutrition, poverty reduction and environmental sustainability. Women in Ethiopia contribute to 70% of domestic food production and account for 48% of the agricultural workforce. Since the subsistence economy cannot meet the basic needs of families, the participation of women in the generation of additional income is relevant.

In this context, the project aims to develop the supply chain of the moringa, a tree of great nutritional value, rich in vitamins, minerals and medicinal properties, which is used for water purification, animal feeding and the protection of environment.

Among the most significant results of the first pilot phase, which ended in September 2018, we can mention:

– The organisation and empowerment of a group of 110 beneficiaries, 90% of whom are women, for the production of moringa and processing into products with high added value;

– The development of a series of moringa-based products (moringa powder, soaps);

– The nutritional analysis of Moringa Stenopetala, up to now little known compared to the Oleifera species;

– The development of a series of improved recipes based on moringa, accompanied by community awareness activities;

– Conducting a survey on eating and consumption habits to identify possible actions needed to improve the nutritional status of local communities. 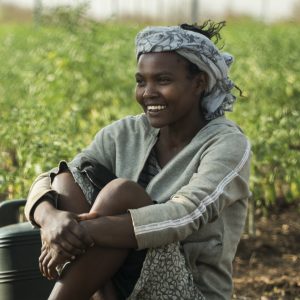 Rural poverty and vulnerability are strongly gender related. While women play a significant role in agricultural production, they have unequal access to key resources such as land and capital. Women are also mainly responsible for the daily management of the house and the family and often carry out very onerous tasks whose value is little recognized such as collecting water and wood. As a result, the workload of the rural female population is often disproportionate and largely unpaid.

The disparities in terms of access to resources and services faced by women significantly reduce their emancipation and limit the economic potential of the entire sector with repercussions also on the development of the country.

It is on these assumptions that the second phase of the project is based, “Improving the living conditions of rural communities by supporting the development of the Moringa supply chain in SNNPR – Ethiopia”, implemented by FAO, UNIDO, Bureau of Agriculture and Natural Resources of SNNPR. After the success of the first phase, in fact, the initiative, underway since 2020, extends to further areas of the same region and aims to enhance the lessons learned for stabilization of results.

For this second phase, a well-thought-out strategy has been developed to overcome the obstacles encountered in the first phase, together with guidelines that aim to contribute to the development of women living in rural contexts through a more systematic and coherent approach. The initiative, part of sustainable development goal 5, “Achieving gender equality and empowering all women and girls”, also aims to stimulate change at the social and family level so that domestic responsibilities are shared by reducing the workload that normally falls only on the shoulders of women.

On the day of 8 March, the AICS Headquarters in Addis Ababa would like to recall the importance of the agricultural sector, in Ethiopia and around the world, as one of the fundamental fields of action in the fight for gender equality and female emancipation.