Djibouti is one of the smallest countries in Africa. It covers an area of 23,200 square kilometers and is home to a population of about 864,617. As in other small states, the size of Djibouti’s economy limits its ability to diversify production and increases its reliance on foreign markets, making it more vulnerable to external market downturns and hampering access to external capital. With less than 1,000 square kilometers of arable land (0.04 percent of the country’s total land area) and an average annual rainfall of only 130 millimeters, Djibouti depends completely on imports to meet its food needs.[1]

Strategically located at the southern entrance to the Red Sea, Djibouti forms a bridge between the Middle East and Africa. The country is adjacent to some of the world’s busiest shipping lanes.

The Republic of Djibouti is a transit country for migrants coming in particular from Ethiopia, Somalia and Yemen and who mainly move in the direction of the Gulf countries or secondly try to travel to Europe. To add to this, we are witnessing a continuous movement of the rural population towards the capital, as a result of the consequences of the drought in the country. Djibouti is also a country that hosts a significant number of refugees, for a total number registered by UNHCR at the end of 2017 of 27,296 (51% men and 49% women).

Djibouti has enjoyed rapid and sustained growth over the past fifteen years with per capita GDP increasing by 3.1 percent on average per annum in 2001-2017. Despite the growth however, an estimated 16 percent of the population lived below the international poverty line of US$1.90 per day in 2017. The most recent official national extreme poverty rate, calculated using a survey conducted in 2017, stood at 21.1 percent.[2] 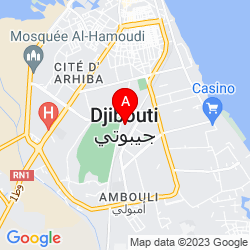