Founded on 9th July 2011, the Republic of South Sudan is the youngest country in the world. Nevertheless, the conflicts of December 2013 and July 2016 jeopardized the development stimulated after the independence and worsened the humanitarian situation, resulting in a high number of casualties and over 4.3 million of Internally Displaced Persons (IDPs) both within the country and in the neighboring countries. According to recent data provided by the United Nations, about 7 million people (more than half of the population of the country) were in conditions of food insecurity between May and September 2018.

South Sudan is the most oil-dependent country in the world. As a matter of fact, oil represents half of the total exports of the country and about 60% of GDP. The GDP per capita was about $1,111 in 2014, and plunged to less than $200 in 2017. Beside oil, the major sources of livelihood for the South Sudanese are agricultural and livestock jobs, which are not very productive and often not remunerated.

The economic downfall of the country continues. The shortfall in financial year 2018 was expected to be 4.4% of GDP due to a fall in the government’s income and to the increase in the security-related expenses. The budget allocated for defense expenses, public administration and rule of law represented 70% of budget in the past three years. In fact, the health- and education-related expenses represents 6% of total government expenses[1].

The new peace agreement signed in September 2018 does not guarantee the beginning of a new political era which allows a slow but progressive normalization of the country and which has effects on the population displaced following the conflict. 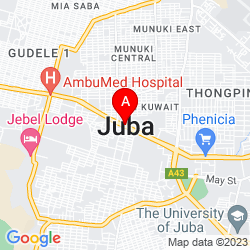