With a population of 105 million inhabitants which increases yearly by 2.5% and a 80.56 billion dollars GDP rising by 10.2% every year[1], the Federal Democratic Republic of Ethiopia is a middle income country. Nevertheless, in the past ten years, thanks to public investments in infrastructures and provision of basic services, and thanks to an increased offer of agricultural goods and services, Ethiopia experienced a fast economic growth with a decrease in poverty rates. The Ethiopian Government has indeed allocated about 70% of the annual budget to the improvement of basic social services and has invested more in policies supporting the most vulnerable part of the population.

Although the development and the achievement of some of the Sustainable Development Goals (SDGs), Ethiopia is still one of the countries with the lowest Human Development Index in the world, ranking 173 out of 189.[2]  Neither the public investments, nor the increased foreign direct investments in the country in the past 10 years succeeded in improving the living conditions of the populations. Both the difference between domestic savings (22.4% GDP) and investments (38.5% GDP), and between imports (27.8% GDP, of which 40.8% in capital assets) and exports (8% GDP) are increasing and the public debt has reached 49% of GDP, showing the need to strengthen the private sector and to increase exports to support the development of the country, whose economy is primarily rural. According to the latest data from the Ethiopian government, agriculture accounts for 36.3% of GDP and employs 72.7% of workforce. The industrial sector contributes 25.6% GDP, of which 6.4% coming from manufacturing industry. Industries employ 15.2% of workforce of the country, of 4.5% in the manufacturing sector.

With the Second Growth and Transformation Plan (GTP II) 2015/16-2019/20, the national medium term development plan adopted by the Ethiopian Parliament, the Government aims to tackle all these issues and to ensure that Ethiopia becomes a middle income country by 2025, affirming its commitment to strengthening the private sector. In detail, the plan aims to modernize the agricultural sector and to improve the productivity, quality and competitiveness of the manufacturing sectors. With a view to achieving these objectives, the Government is focusing on job creation, given that 70% of population is young and unemployment rates are still high.

Moreover, the Ethiopian government underlined that further efforts are necessary to reduce the dependence of the country on the prices of the global market but also its vulnerability to climate change. Therefore, currently there is a huge effort to make the country more resilient to climate shocks. The agricultural sector depends on rains and recurring drought in the past ten years has been jeopardizing food security. An effective and efficient management of natural resources, the development and strengthening of the resilience of the population as well as a sustainable and inclusive development of the Country geared towards green economy are key to face and tackle the afore-mentioned problems.

Finally, yet importantly, Ethiopia is facing challenges related to internal ethnic conflicts which resulting in over 3 million Internally Displaced Persons (IDPs) in the Country, while the persistent movement of people from neighboring countries is worsening the migration phenomenon. Ethiopia is, indeed, a country of transit and of destination for Eritreans, south Sudanese, somalu and recently also Sudanese. For this reason, Ethiopia plays a stabilizing role in the region, even more after the peace agreement was signed between Ethiopia and Eritrea. 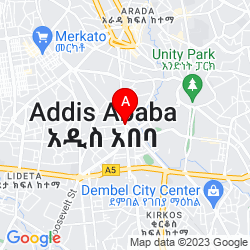